On day 4 of NYFW I woke up to freezing 3F (-16C!!) and had to get ready for another day of running around a very windy New York city to catch the shows. My first stop was the Public School show, starting early during mercy-less morning wind chills and unbearable cold temperature.
Originally I planned an entirely different look for that day, but I had to adjust to the unexpected winter blast. Last minute I decided for an all white look built around the warmest coat in my suitcase. I styled my full body length white vintage fur coat with white pants, oversized turtle-neck knits, expressive Stella McCartney platforms, and a clear bag by Chanel.
But the look needed an ‘accent’ piece and I had to protect my head from the deep freeze, so I decided to try out my new ‘spicy’ red hat. It was custom made by my friend/designer Lola Ehrlich (from Lola Hats @lolahats; Lolahats.com), who has been designing hats for last 20 years for A-listers and celebrities.
Little did I know this look would change my life! It was a perfect formula that became one of the most widely published styles of this season’s New York fashion week.
On the next day the items of my look were selling on POLYVORE as ‘the look of the week’. And the best part, all the pieces kept me warm and happy throughout the day despite the bellow freezing temperatures. Check it out!! 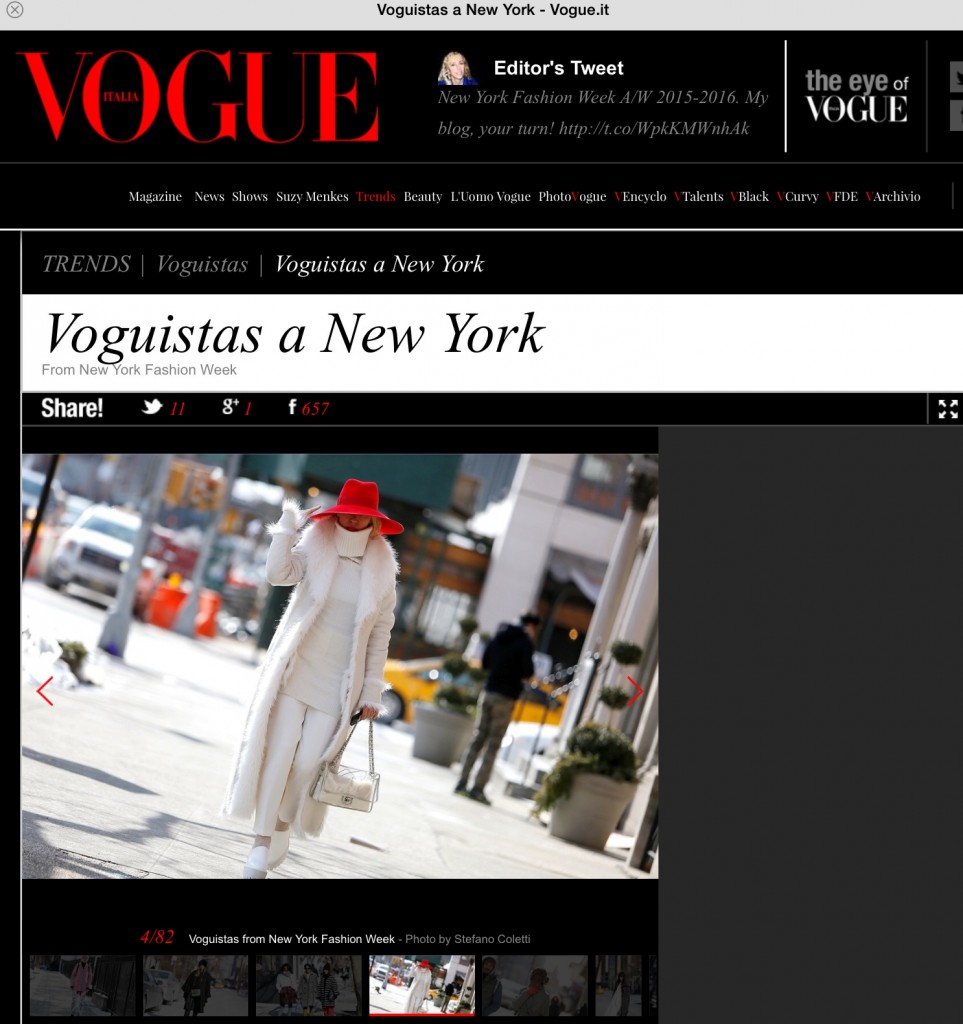 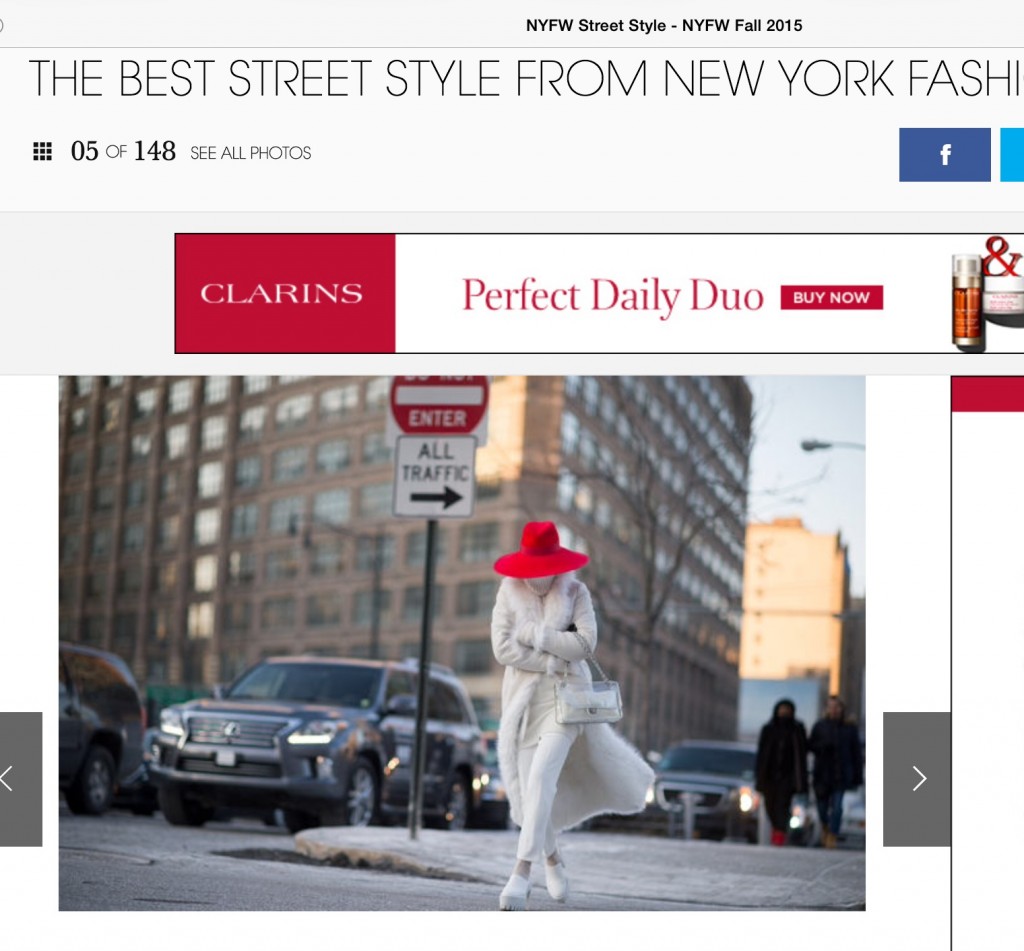 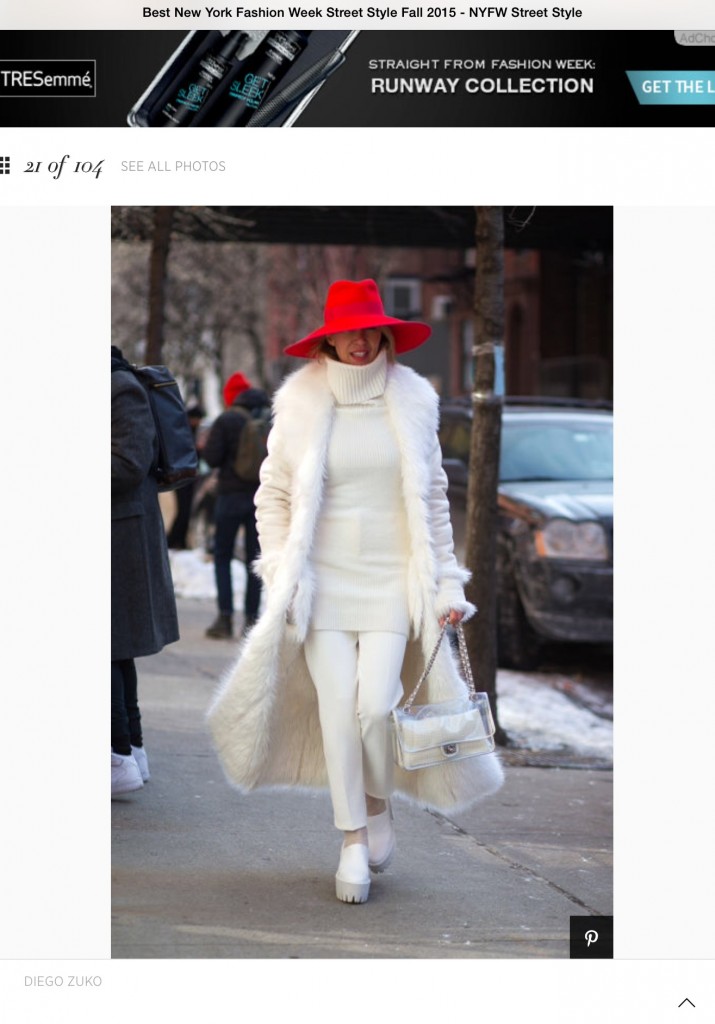 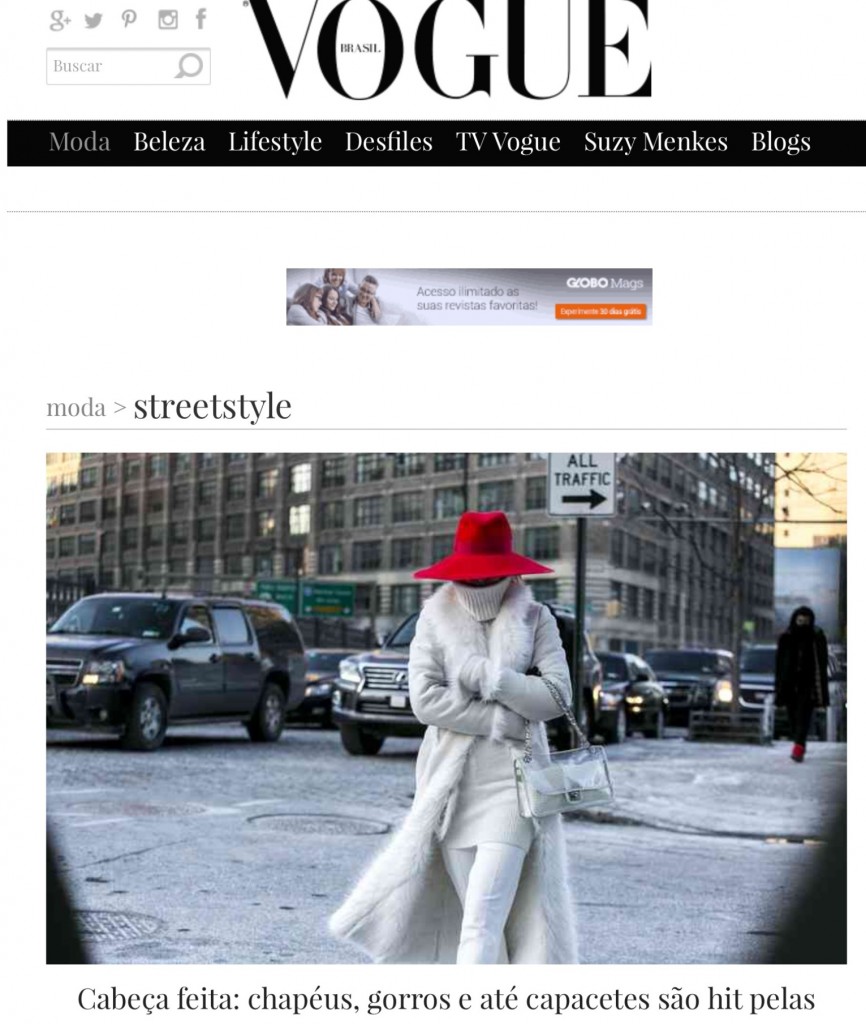 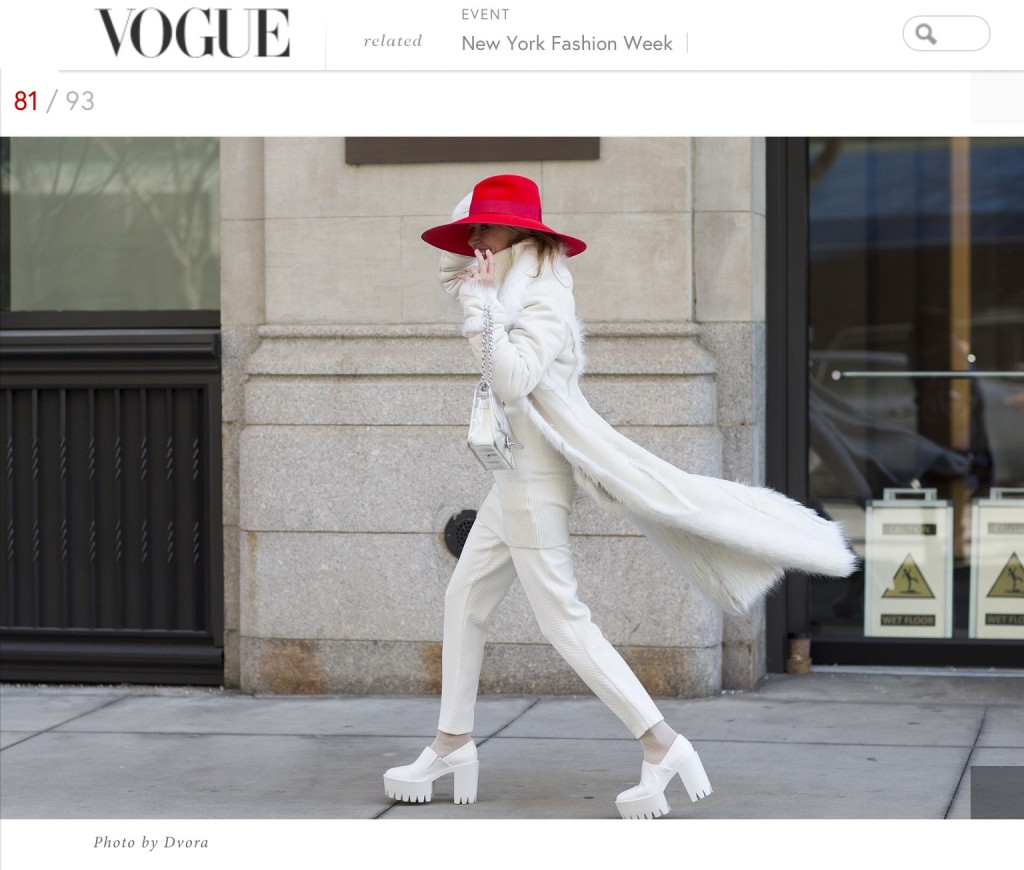 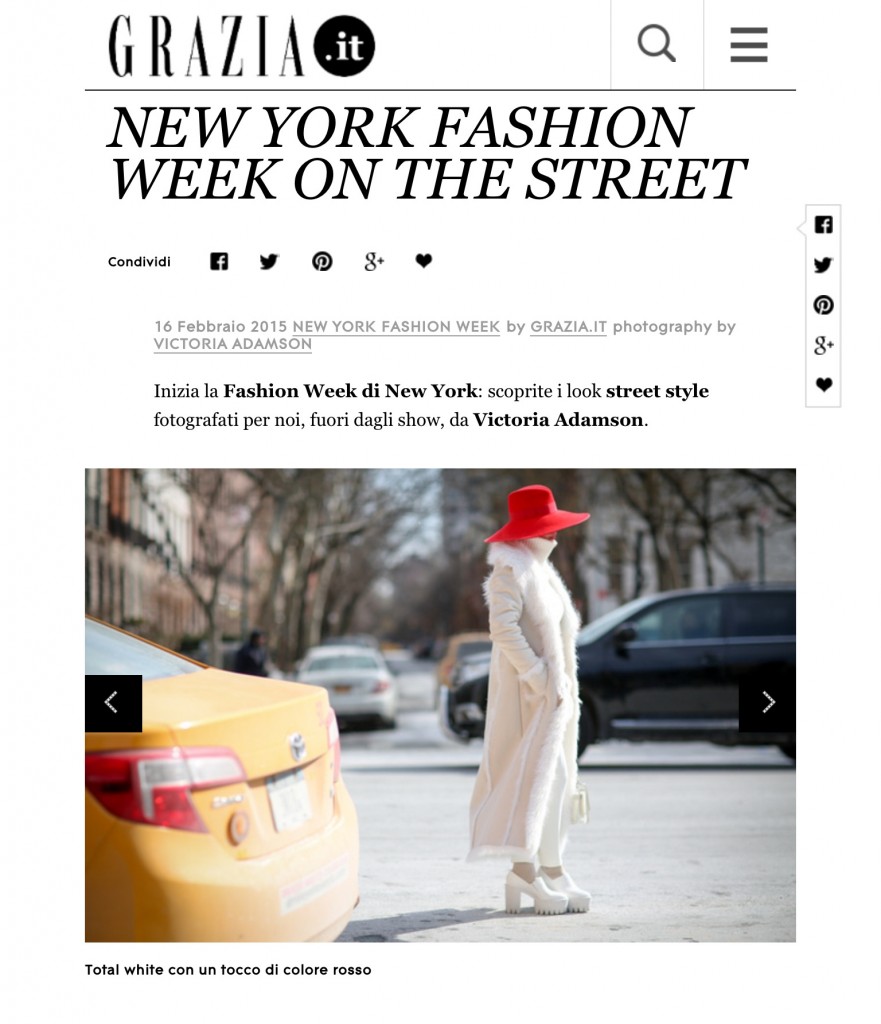 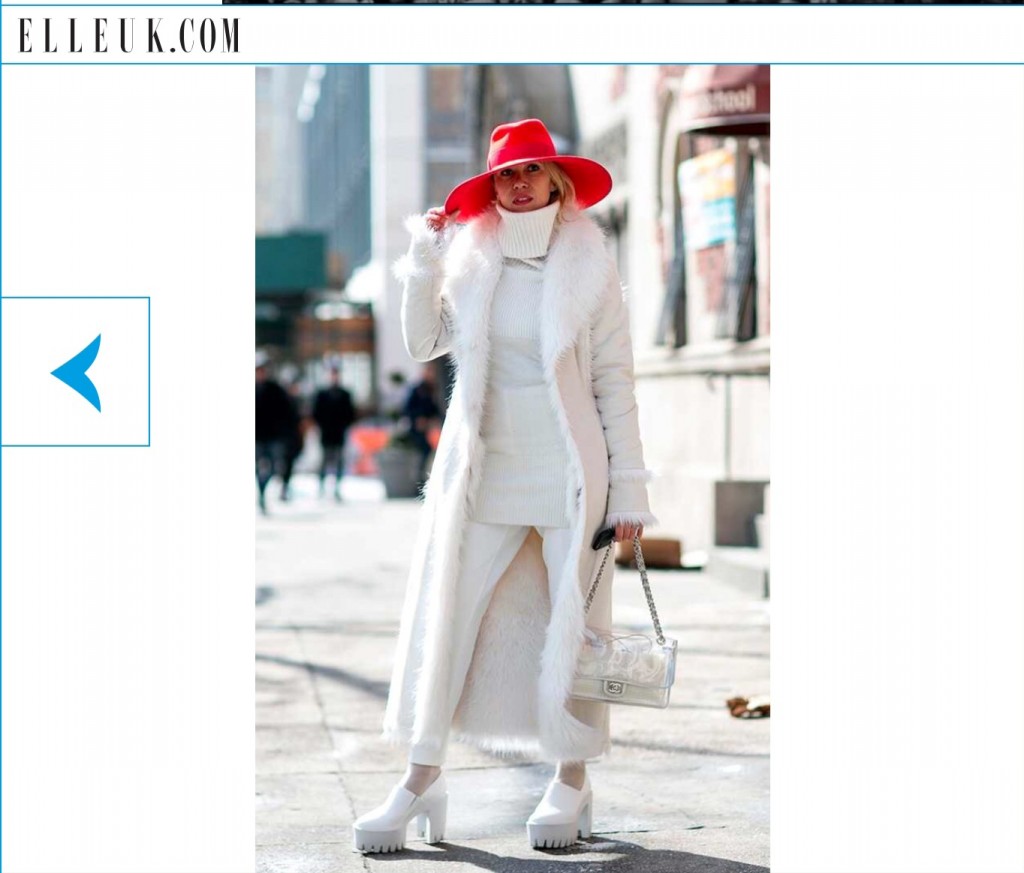 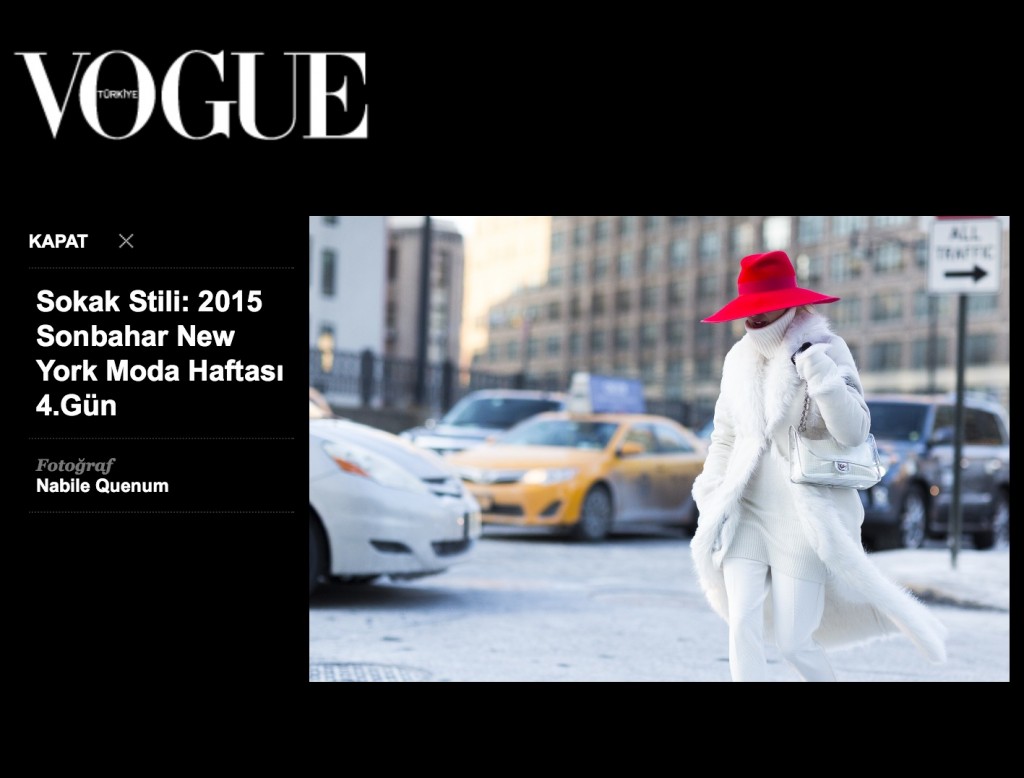 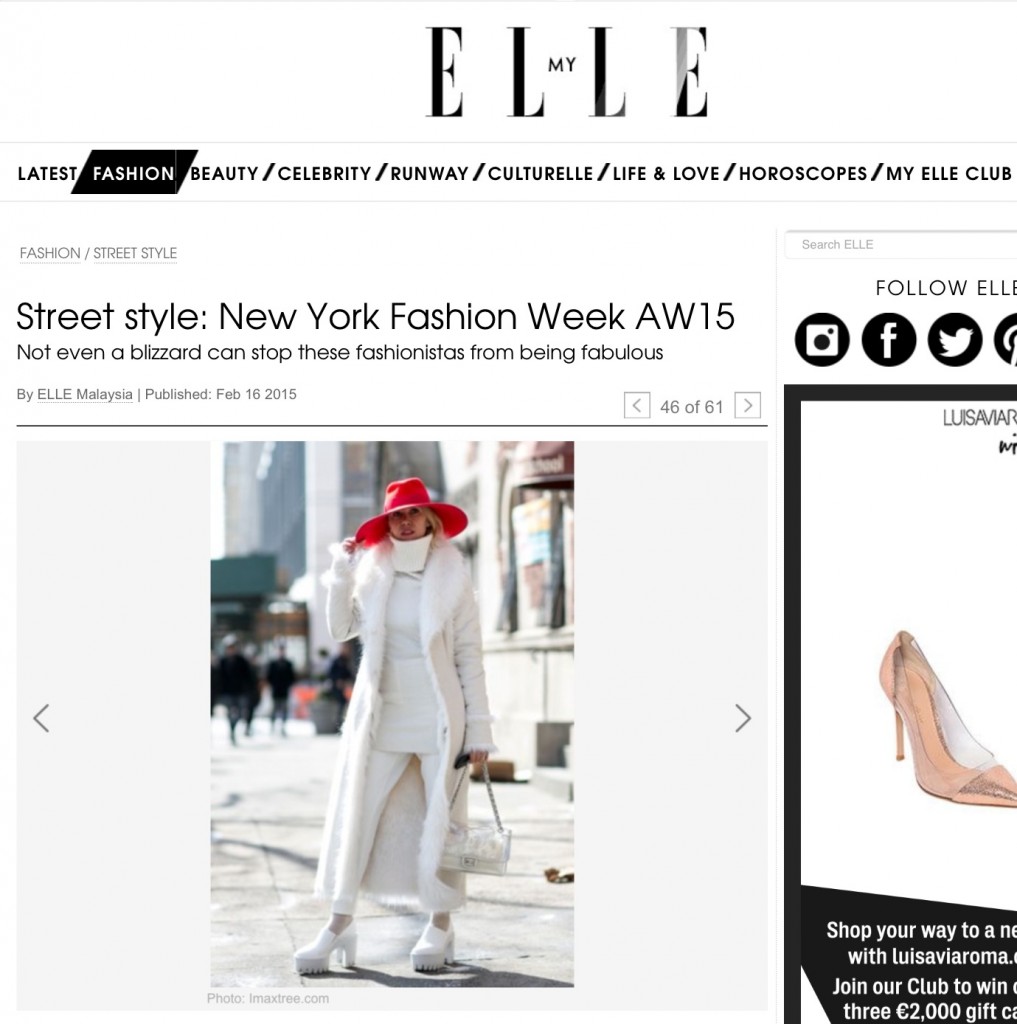 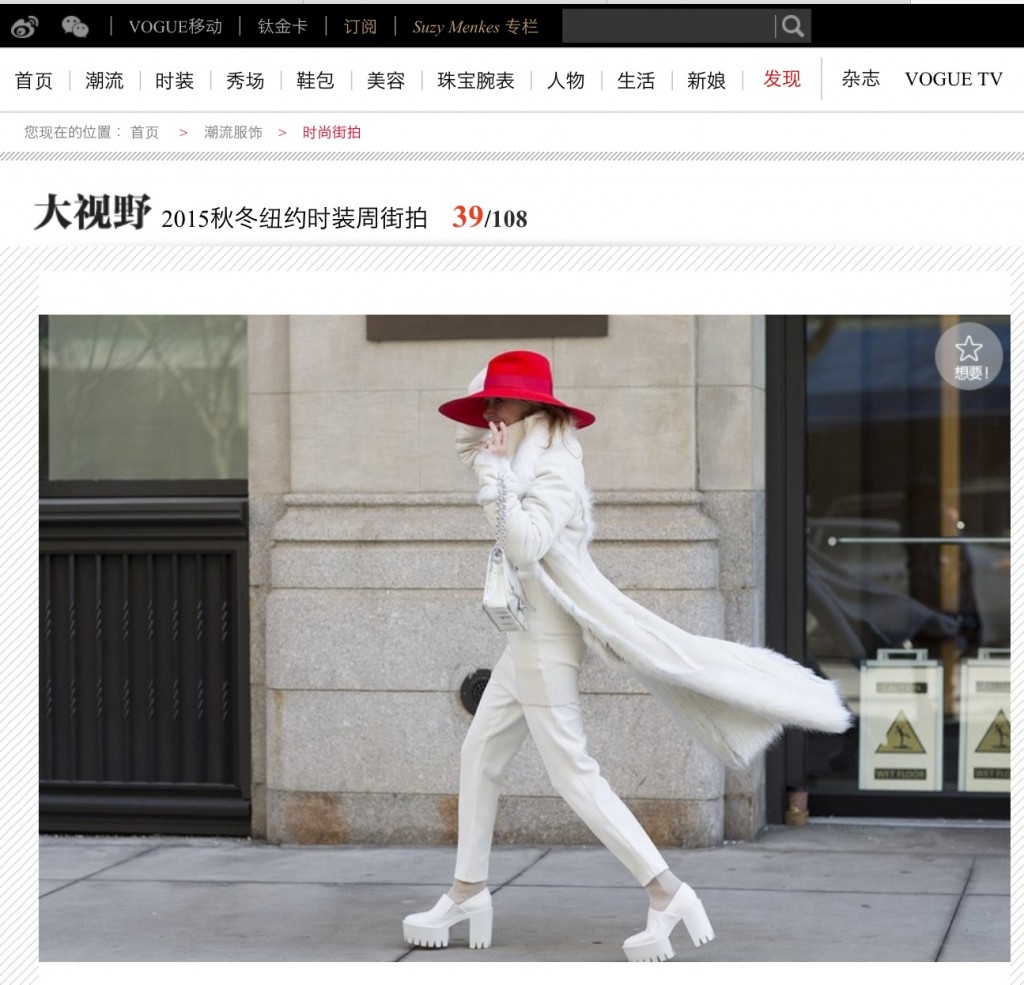 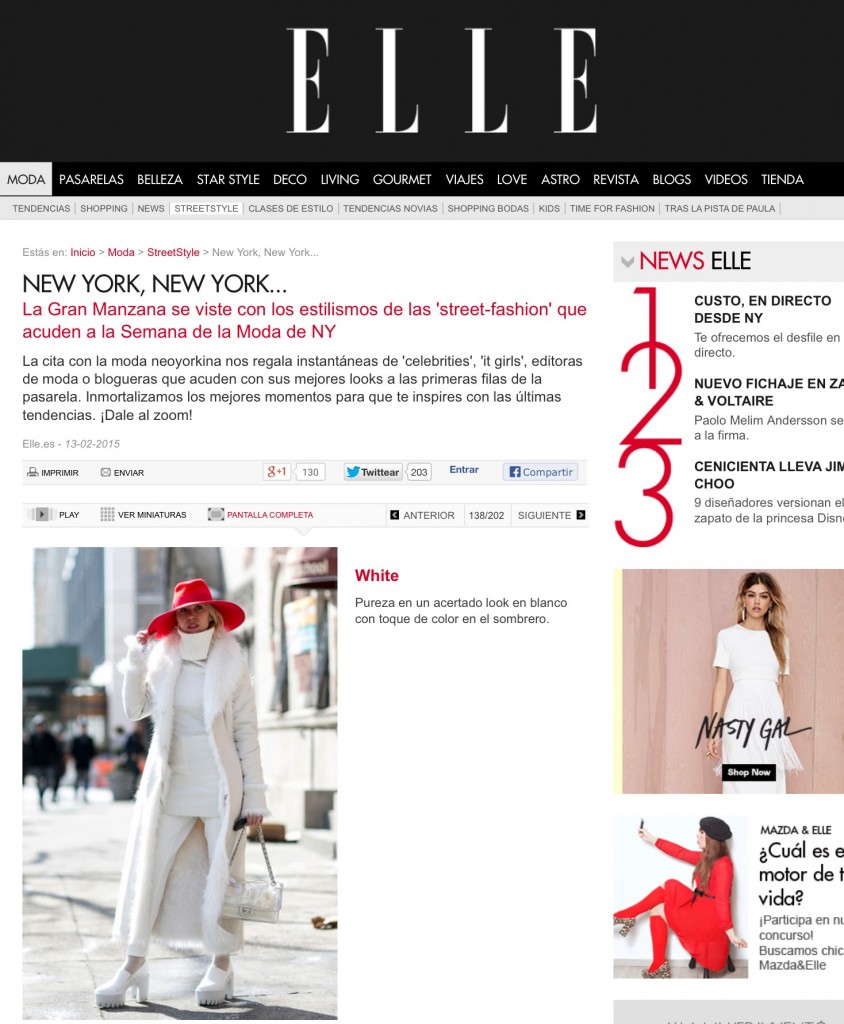 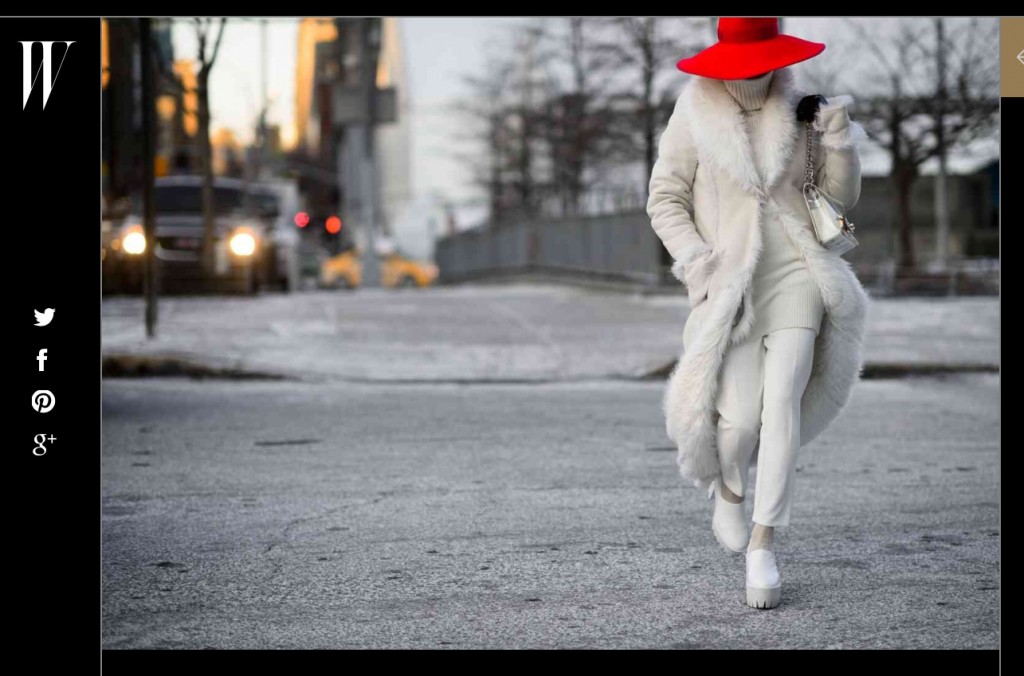 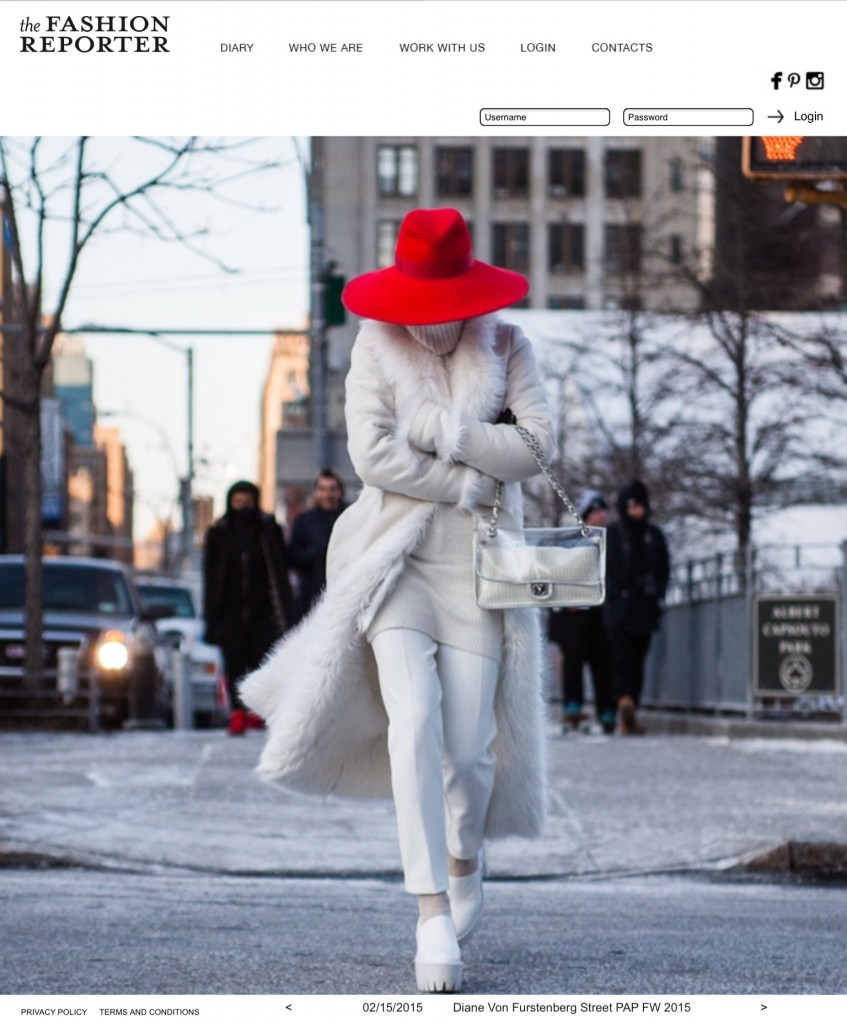 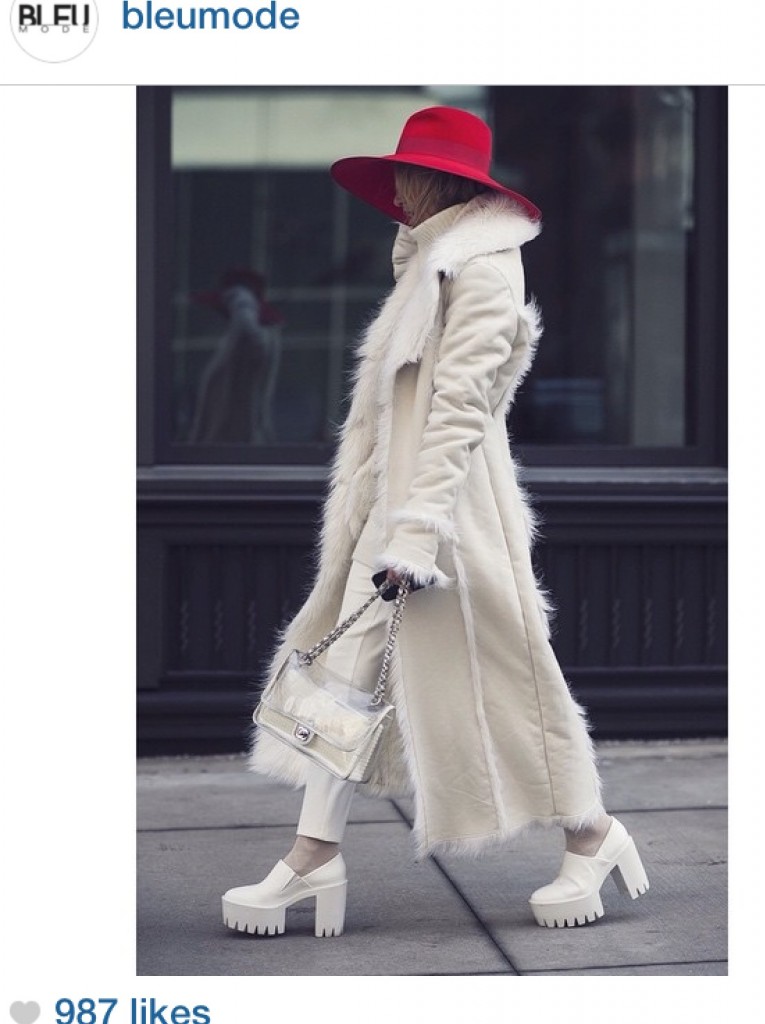 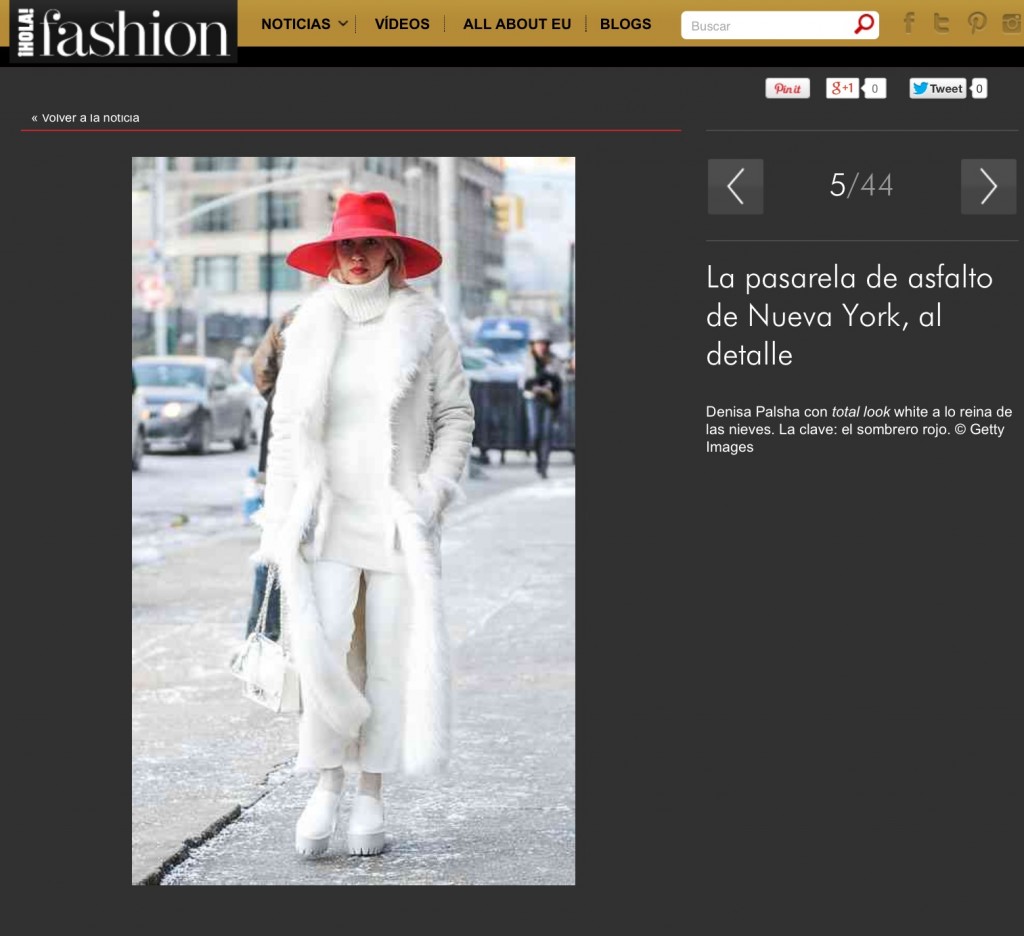 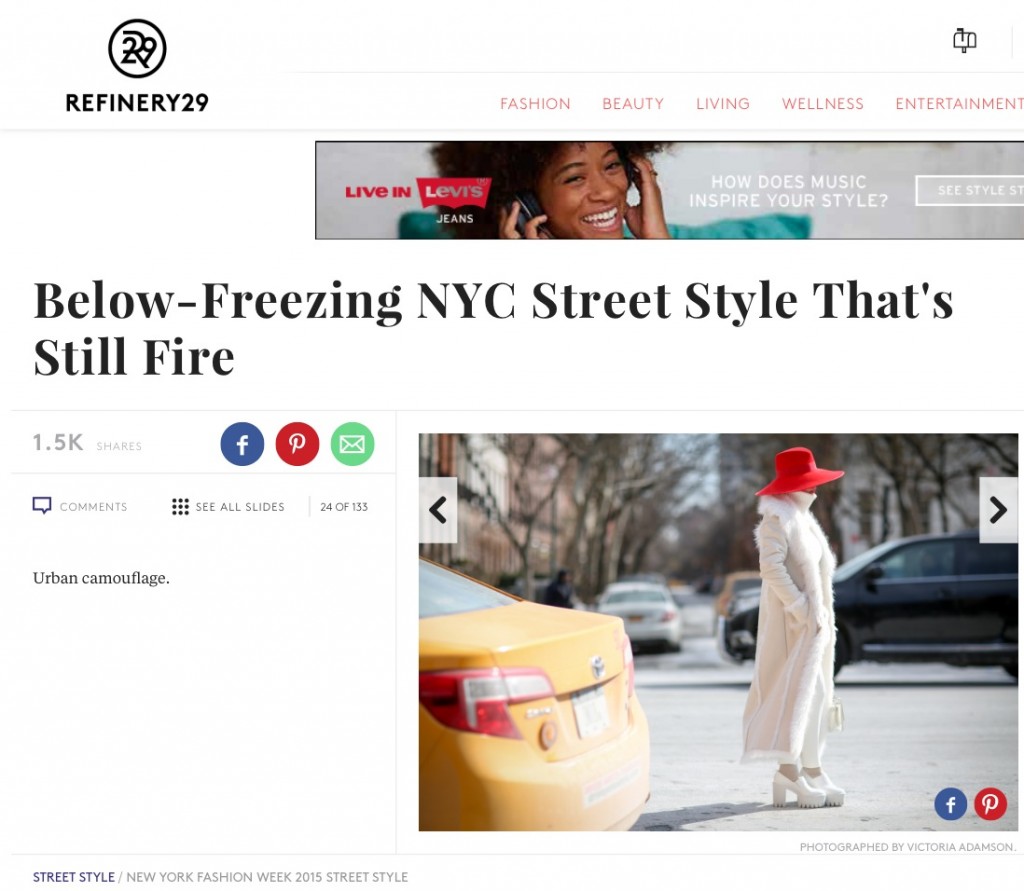 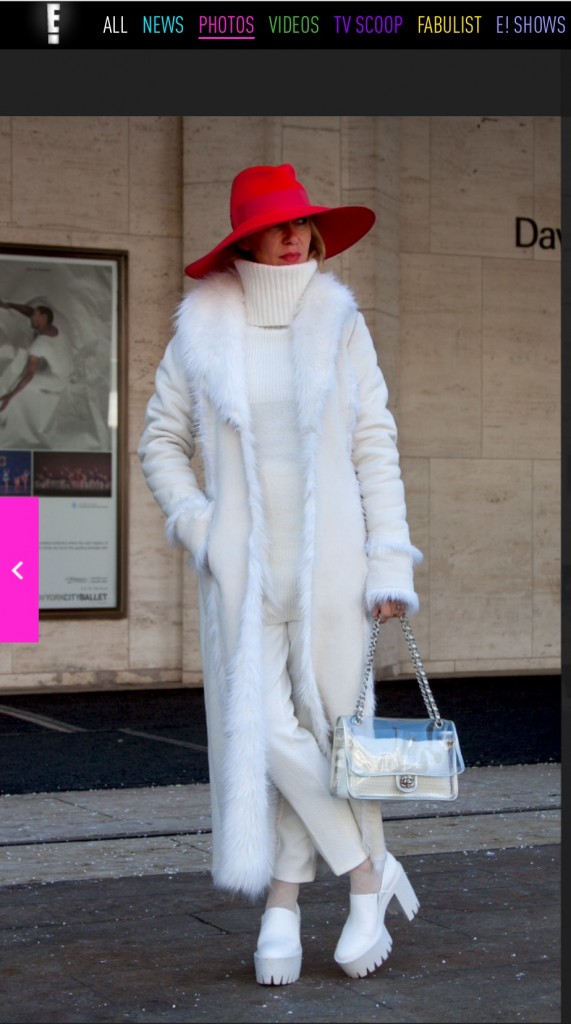 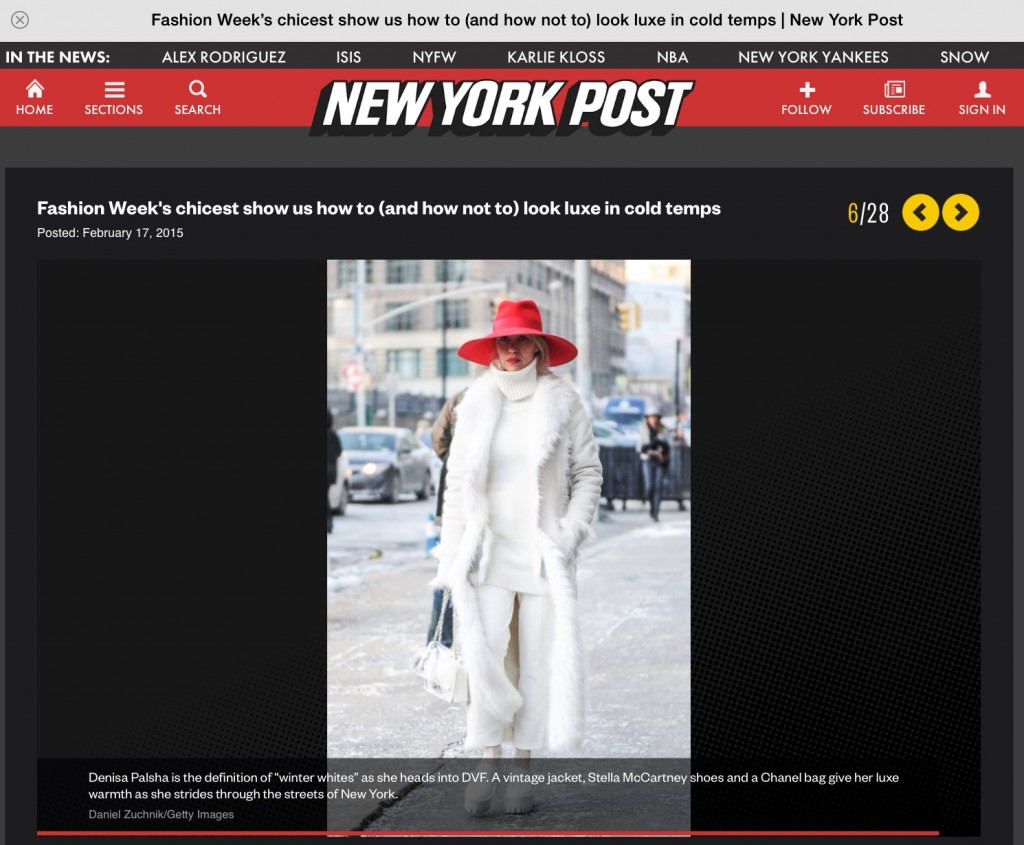 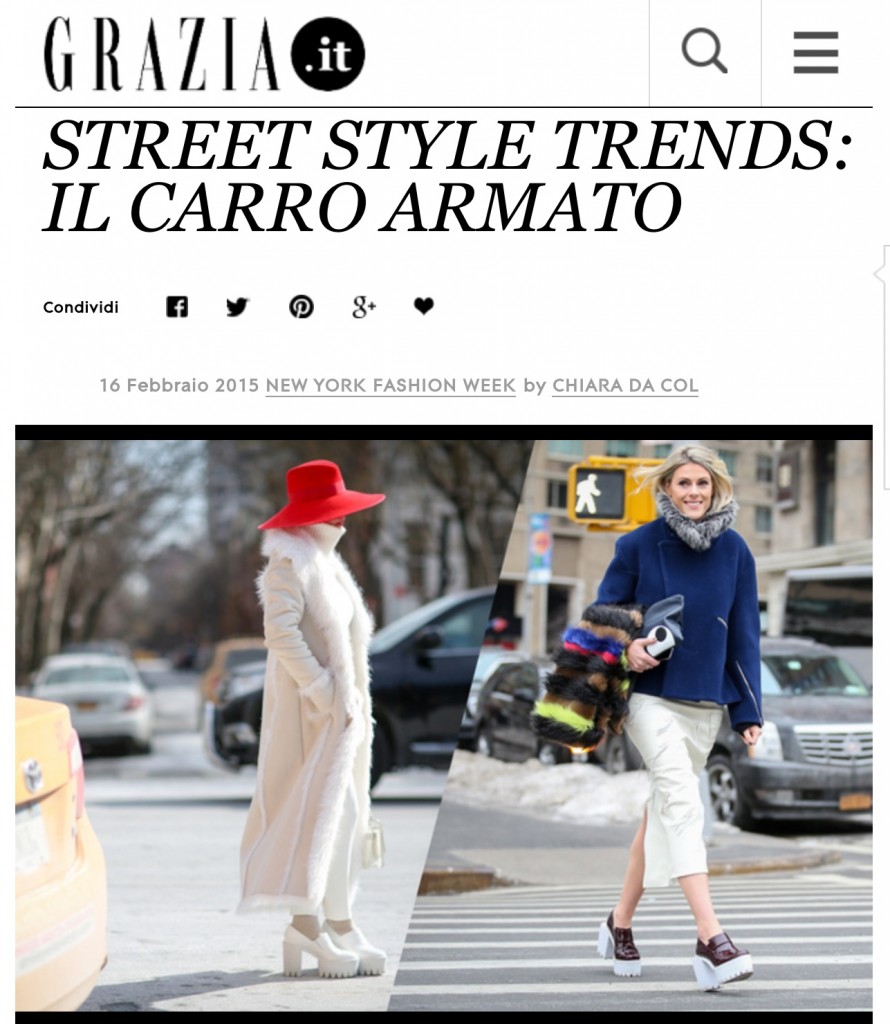 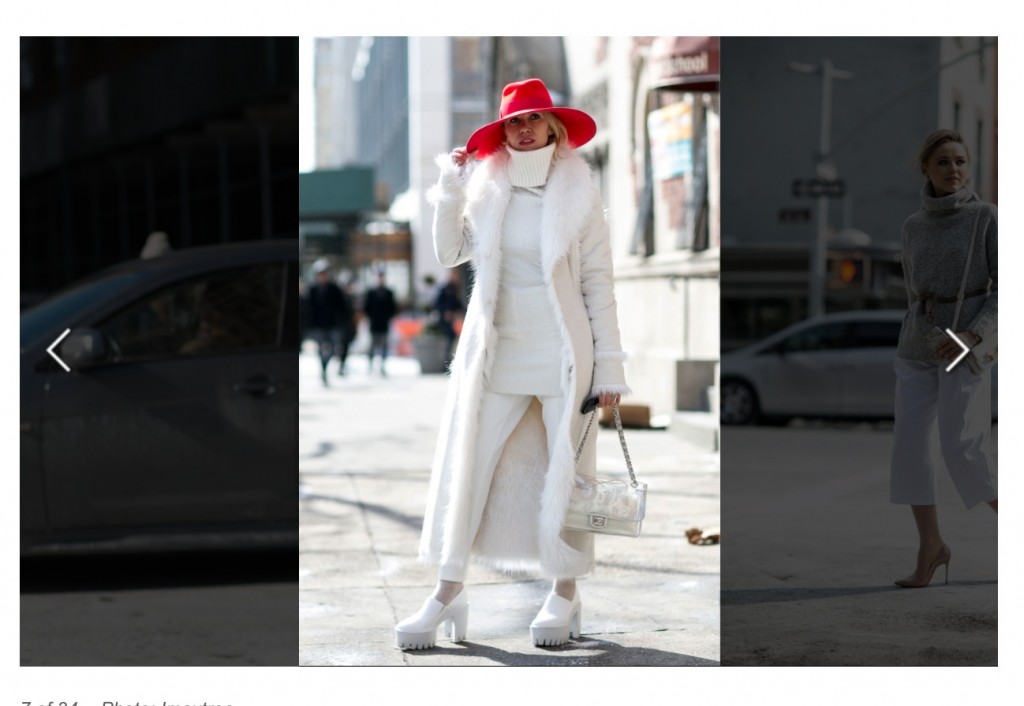