Reincarnation, is a short film created and directed by Karl Lagerfeld to accompany the Paris-Salzburg 2014/15 Métiers d’Art collection to be shown on December 2nd, 2014 in Salzburg. 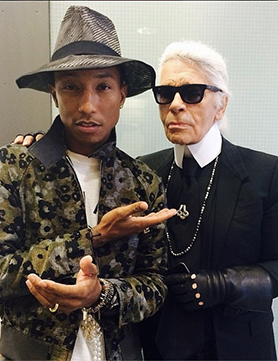 Pharrel, Legerfeld’s personal friend composed the lyrics to “CC The World”, the original soundtrack for “Reincarnation”, but he also plays one of the lead roles and will be, along with Cara Delevingne, the face of the upcoming campaign of the Paris‑Salzburg 2014/15 Métiers d’Art collection.

It was time to show the origins of the Chanel jacket, inspired by the one worn by the lift attendant in a hotel near Salzburg in the 1950s (…) 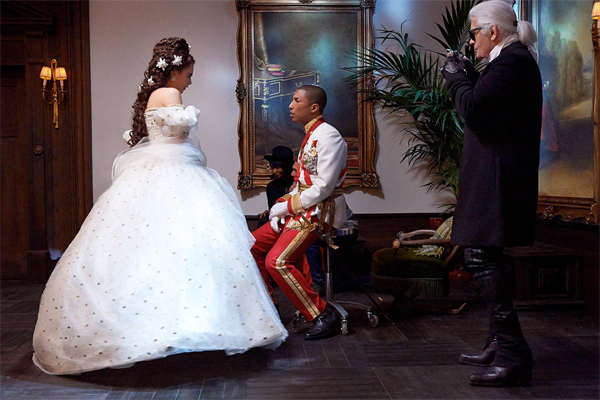 Karl Lagerfeld directs the duo Geraldine Chaplin and Pharrell Williams to imagine a new episode from the life of Gabrielle Chanel, holidaying in the suburbs of Salzburg in 1954 when she meets at her hotel a young lift-boy whose jacket would later inspire the iconic Chanel jacket. “Reincarnation is the story of a lift attendant’s jacket being reincarnated as a timeless piece of women’s wear,” declares Karl Lagerfeld.

Reincarnation will be on view on December 1st (the evening before Metiers d’Art Paris-Salzburg runway show) and at chanel.com.